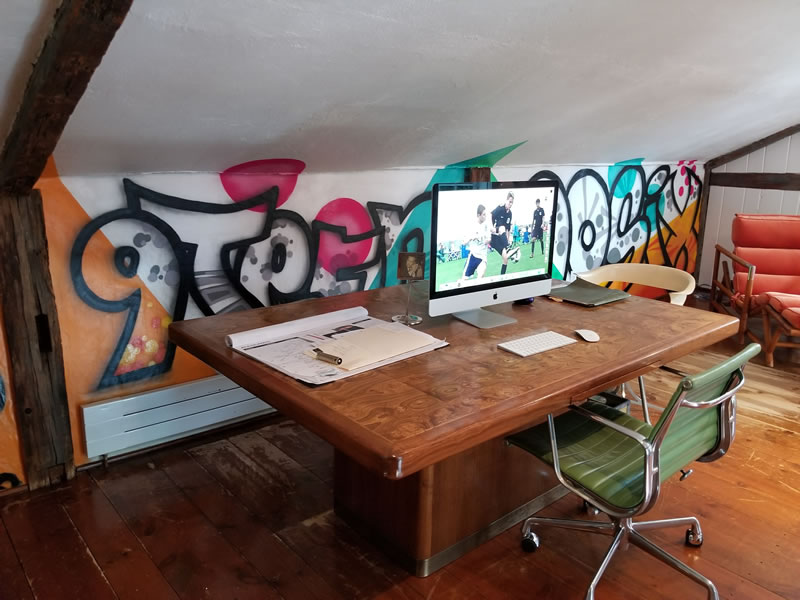 I was happy when I was contacted by my friend Tina and Doug to create a new mural in their house. We have been talking about doing something in the house for a couple of years but it seemed like she had an idea of what she wanted. I arranged a consultation and we decided it would be cool to do something with meaning but personal to her. We decided to do 1996 for the year they were married after looking at the space and thinking about it for a while I asked her if we could do a mixture of letters and numbers. We decided on “9Teen 90Six” this had a great mix of letters and numbers and fit the landscape orientation of the piece. We decided to do clear pieces on white with pops of color patterns and shapes.