I originally painted the piece on the bottom based on a Spanish landscape painting for my friend Anne in 2003. She had problems with kids running through her alley and tagging  her garage door. The piece ran for many years without any issues until  about 6 months ago someone tagged some obscenities over it. So, Anne asked me to come repaint it I showed her some of the recent sketches I have been doing and she told me to run with it. The Layout is based on the freestyle friday week #15. 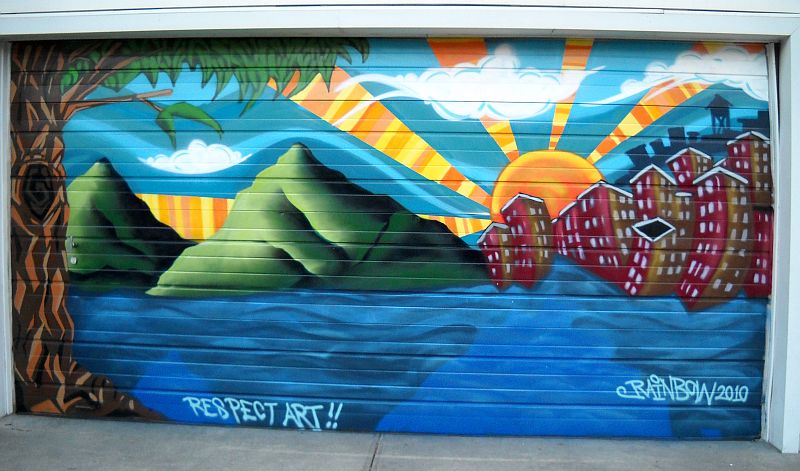 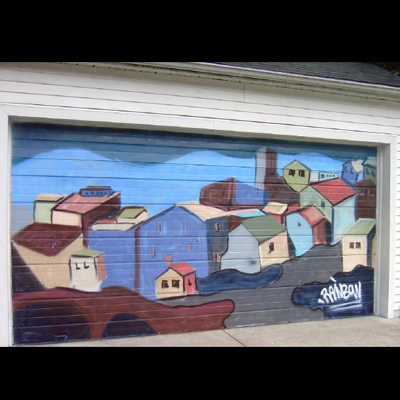