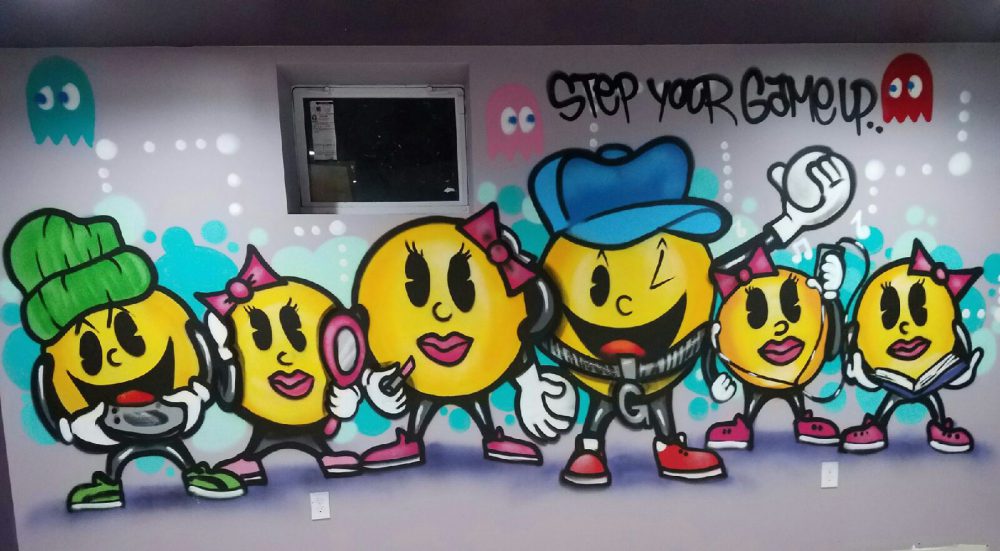 I was contacted by Latoya thru this website. I was excited to work on her game room in her Plainfield home.  Upon arriving we had a lively discussion with her husband and then we got to work. We originally planned to do one wall but we decided on doing two walls both gaming themed. The first wall was a Pac Man wall which we created a Pac Man rendition of the Family. Latoya and her husband and 4 kids (3 girls, 1 boy), it was challenging to figure out what to have them each doing and what accessories to have. We used Facebook Live to get ideas for the last few. The second wall was a classic funky graffiti wall that says “Refuse to Lose” , keeping with the gaming theme. We used mainly MTN Water based spray paint paint due to the minimal ventilation.  We were very pleased with the game room.

Rest in Peace, Masaya Nakamura, who died shortly after we finished this project.

Masaya Nakamura, a Japanese toy and game entrepreneur whose company’s most enduring creation, Pac-Man, became a worldwide cultural touchstone, died on Jan. 22. He was 91.