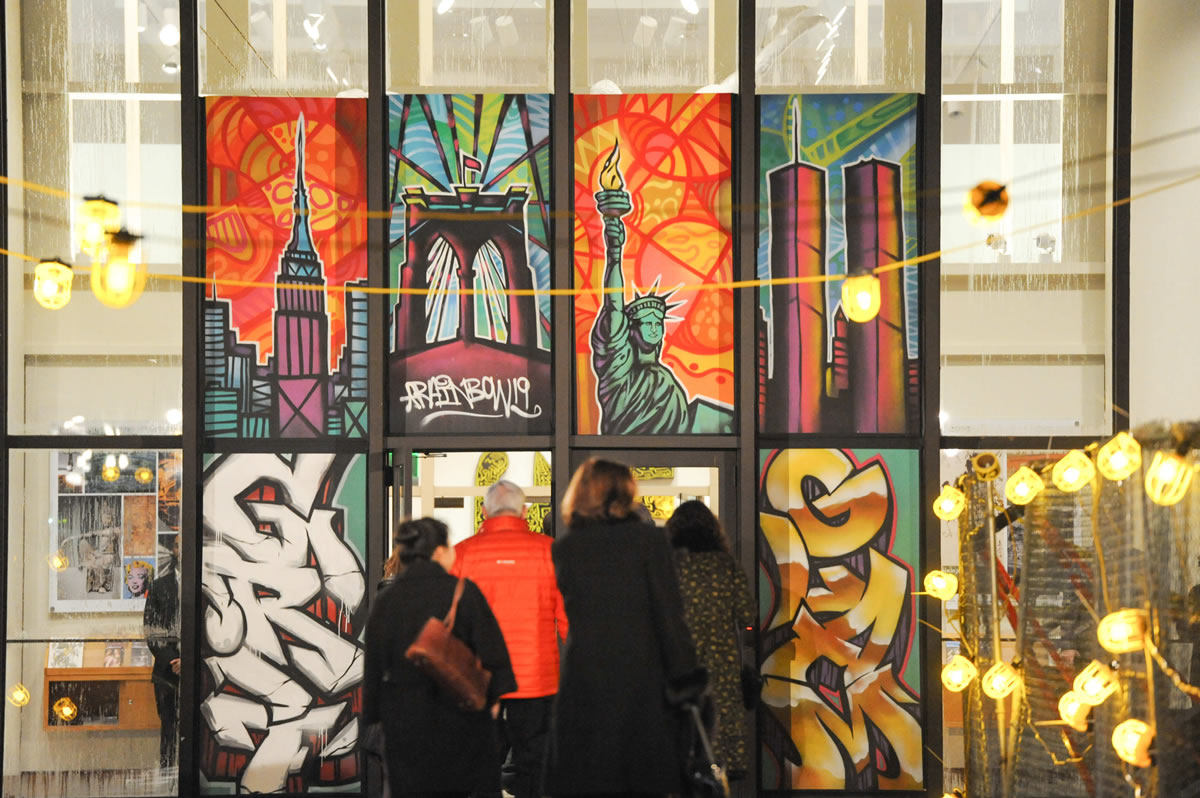 A few months ago, I was contacted by the Princeton University Art Museum to create a special installation for their annual fundraiser. This years event was to be NYC in the 1980s themed. This was to coincide with the huge Basquiat Exhibit that they are having next year.  I was given a lot of creative freedom. For the top, I wanted to use imagery of NYC icons with the abstract patterns that represent my work. For the bottom, I tried to create traditional graffiti lettering that represented the words Grit and Glam. The Glam was gold and smooth and flowing. The Grit was rugged and and had texture, drips and cracks.

Saturday, February 2, 2019, for Grit + Glamour: A Basquiat Ball, the Museum’s Annual Benefit Gala. Inspired by an artist with whose work Princeton has had a long and very special relationship, the theme of this year’s Gala draws upon the creatively explosive downtown art scene of the 1980s in which Jean-Michel Basquiat and his circle—from Keith Haring to Madonna to Andy Warhol—shaped a dynamic street culture that changed both art and the wider American scene. It’s also a New York that has been lost to the past, and so Grit + Glamour: A Basquiat Ball also reminds us of the downtown that was, including its style, art, and music. Our sole fundraising event of the year, the Gala supports the wide range of education and outreach programs that the Museum offers—free of charge—year round.