I was one of the graffiti artists that painted the backgrounds in this video. http://www.theinfamousmag.com/2011/05/16/the-infamous-x-jakk-frost-peedi-crakk/ 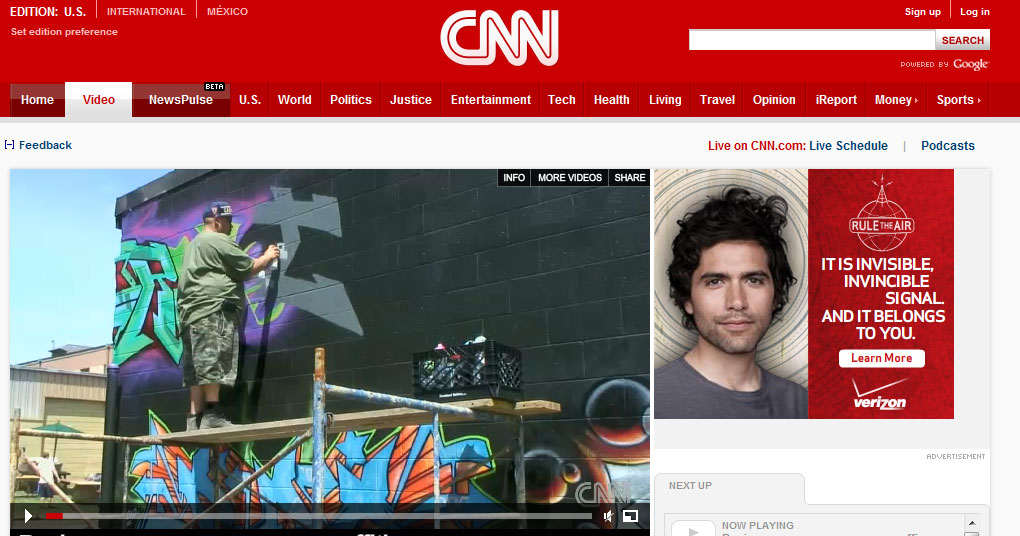